For You & My Fifty-Four Friends

My Yahoo! 360 network has grown to include fifty-four friends, many of whom I've become real friends with, I mentioned the first few here a couple of months ago.

Sometimes I dream of gathering everyone together, inviting first my Blogfather Xian Crumlish and then all the people I've met in Blogger and Yahoo! 360. We'd meet in a very nice pizza parlor, in an amusement park or elsewhere. Friends could bring their families if they could. I'd organize the whole event, requesting sponsorships and donations to cover costs.

1. My latest "blast" (a brief snippet of info. that appears as either a thought, question, quote, scream or anything on my home page) has a snippet of Beck's Missing from his latest CD, Guero. The snippet is:

4. "Time in a Bottle" quote by Meg Fowler, author of Blogcabin

Good Press for Joe's "You Wanna Piece of Me?" 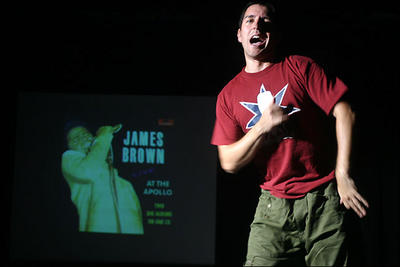 Joe Hernández-Kolski exclaimed "Aww, yeah" in the e-mail he wrote sharing the link to a very positive review of his "You Wanna Piece of Me?" show in NYC. Elsewhere in the Blogosphere: Robin writes about Joe's show. Me? I haven't seen the show yet!

Written by My Mother's Cousin, Hank 2. A policewoman in a knee-length, flare uniform skirt, guiding traffic @ a busy intersection.

3. A young boy, about two years old, taking toy cars out of the front pocket of his overalls.

5. A surgeon whose Spanish looks have earned him the "Matador" moniker by a friend.

6. The Puerto Rican flag, waving between the flags of Spain and the United States.

7. A cousin whose oldest child is already in Law School, time flies!

8. A round-the-clock closed circuit TV channel focusing on the altar of the hospital chapel, most of the time empty.

10. My brother's girlfriend bringing a bouquet and looking at my Human Growth Hormone (HGH) spray with wonder and then trying it with a bit of fear.

.... all here in San Juan, Puerto Rico, in the last few days, immortalized here for you, my readers, and for me. 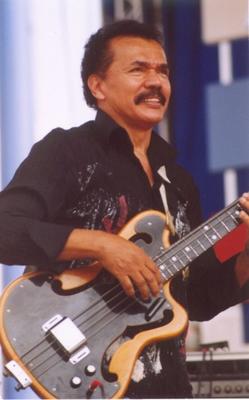 .... in the hospital hallway

When my husband said "hello Don Bobby" as we walked on the hallway outside his hospital room, it took me a second to realize who he was greeting: Bobby Valentín, famous, old-school Puerto Rican musician. Puerto Rican social customs dictate that elders be referred to with the honorific "Don" (for males) or "Doña" (for females) prior to the elder's first name. It struck me that, a musician who I perceive to have perennial youth, had crossed into elder realm in my husband's mind.

Searching for a link to a Bobby Valentín DVD my husband has, I can't find it, but I must recommend "La Boda de Ella" CD -- one of his best. 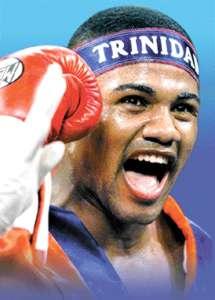 Last night I ran into Tito Trinidad, the boxer, in a convenience store housed by the Hospital Auxilio Mutuo, where my husband was re-hospitalized last Monday. Tito drew my attention with his height and rapid talking into his cell phone. Looking @ him with amazement, I asked "are you Tito Trinidad?". He said, "I am"! Not knowing what else to say, I said "Wow!", smiled and looked down @ cup of tea I was waiting for to finish steeping. At the cash register, I saw him again, when our eyes met, I had the sense to say "good luck!" and "take good care!" to which he replied, with a big smile, "Thanks!". My mind hummed part of the Fiel a la Vega song "llegó el héroe, llegó el héroe nacional" which Tito inspired.

P.S. My husband is doing fine, he'll be home on Monday after finishing seven days of therapy with antibiotics.

P.P.S. The Fiel a la Vega song that ran thru my mind is:
"Breve Anécdota de Heroisimo Folklórico de Fin de Milenio" of the "Tres" CD recorded in 1999, a year in which Tito won a title -- I forget which one. Listen to the song one day, part of it says, translated into English, "welcome national hero, everyone wants to touch you, welcome national hero, everyone wants to hug you".

While my husband was hospitalized, the amount of trash his nurses tossed into a nearby trash can stunned me. Reading about how other industries have reduced waste successfully and significantly, I wonder if hospitals will be next in the greening-is-good-for-business, not only our Planet, trend. Many thanks to Mary T. of the W&W World of Chi for the link. 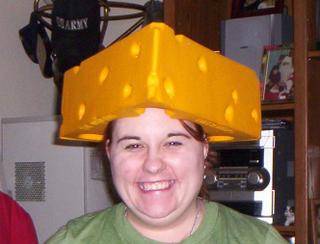 Today, writing about how Eileen Collins sees environmental damage on Earth, the idea of creating "shuttlehead" hats, bearing a likeness of Discovery which would hug a wearer's head much like a cheesehead hat hugs the head of a Green Bay Packers' fan, occurred to me. Now only if I could find environmentally-friendly raw materials (recycled plastic or foam) would I produce such cute hats. I know my nieces would love wearing theirs!

Boston's "More than a Feeling"

Ripe for a remake, the song I'm listening to now is my husband's favorite high school rock, this cut I downloaded to make him a "walk down memory lane" CD. He's going in for surgery next week, I wish he could be listening to his favorite tunes either before or after, I need to ask him what he'd like. And, I must remember that he needs a walkman, all we have now is a clunky boombox or each one of our notebook computers to listen to.